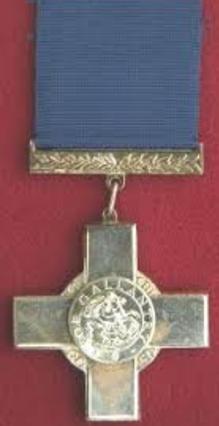 The History of the George Cross (GC) & George Medal (GM)

The George Cross (GC) is the second in order of wear in the United Kingdom honours system and takes precedence over all other orders except the Victoria Cross with which it shares equal precedence.  The GC is the highest gallantry award for civilians as well as for members of the Armed Forces for which purely military honours would not normally be granted i.e. not in the face of the enemy.

The George Cross was instituted on 24th September 1940 by King George VI.  At this time during the height of the Blitz there was a strong desire to reward the many acts of civilian courage.  The existing awards open for civilians were not judged suitable to meet the new situation, therefore it was decided that the George Cross and George Medal would be instituted to recognise both civilian gallantry in the face of enemy action and brave deeds more generally.

The George Medal (GM) is the second level civil decoration of the United Kingdom and Commonwealth.  The GM was instituted on 24th September 1940 by King George VI.  The medal is presented to those performing acts of bravery in or meriting recognition by the United Kingdom.  The medal is primarily a civilian award, but it may be awarded to military personnel for gallant conduct not in the face of the enemy.  As the Warrant states: "The medal is intended primarily for civilians and awards to our military services is to be confined to actions for which purely military honours are not normally granted"

For bravery and dedication to duty

The exploits of the RAF Bomb Disposal organisation are remembered in the number of awards for War Operations.  Some are listed here:

Click here to see the database of all George Cross Recipients 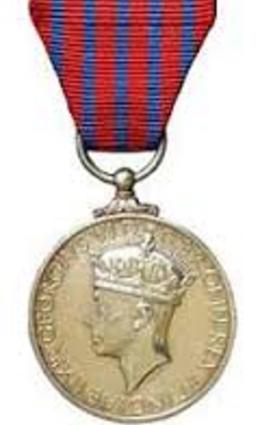