In the beginning there were many conferences and meetings between the Home Office (HO) and the War Office (WO) (now the Ministry of Defence (MOD)) as to who would be responsible for the disposal of unexploded bombs and missiles.

It was agreed that rather than the Civil Defence (CD) and Local Authorities (LA), the Armed Services should be responsible for all unexploded ordnance (UXO) on their property and installations plus all civilian areas.

Arrangements were made to strengthen the BD Organisation and make clear the question of priority when dealing with UXO the different priorities (in order) are listed below:

In the early days of Bomb Disposal, the responsibility of UXO on RAF property rested with the armament personnel on nominated "X" Stations.  Some primitive equipment and instruction was available for the purpose of these "X" Stations.

At the time the "X" Squads were operating there was little information available on German bombs and bomb components or even other types of enemy ammunition.

The procedure followed by the "X" Squads was to uncover or recover German bombs, unscrew the locking ring holding the electrical fuze and remove the fuze.  The bomb was then demolished in situ or transported to a safe site for disposal later.

The fuze was sent post haste to BD Headquarters for examination and dismantling to find an immunisation method.  Once a method was determined for a particular fuze and the necessary equipment manufactured it was sent to all squads with a set of instrucions and correct procedures for its use in dealing with that particular type of fuze.

Accidents were commonplace when withdrawing fuzes and were unavoidable in the early days but the "X" Squads who carried out this dangerous operation gained a vast amount of knowledge about the enemy weapons they were dealing with. 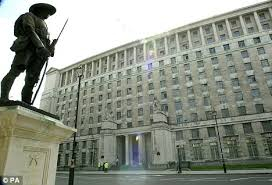 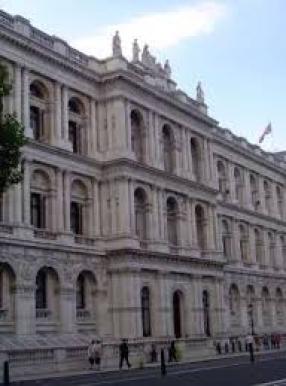 The War Office in London Whitehall 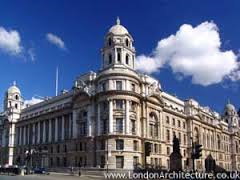 The Home Office in London Whitehall

The Ministry of Defence In London Whitehall